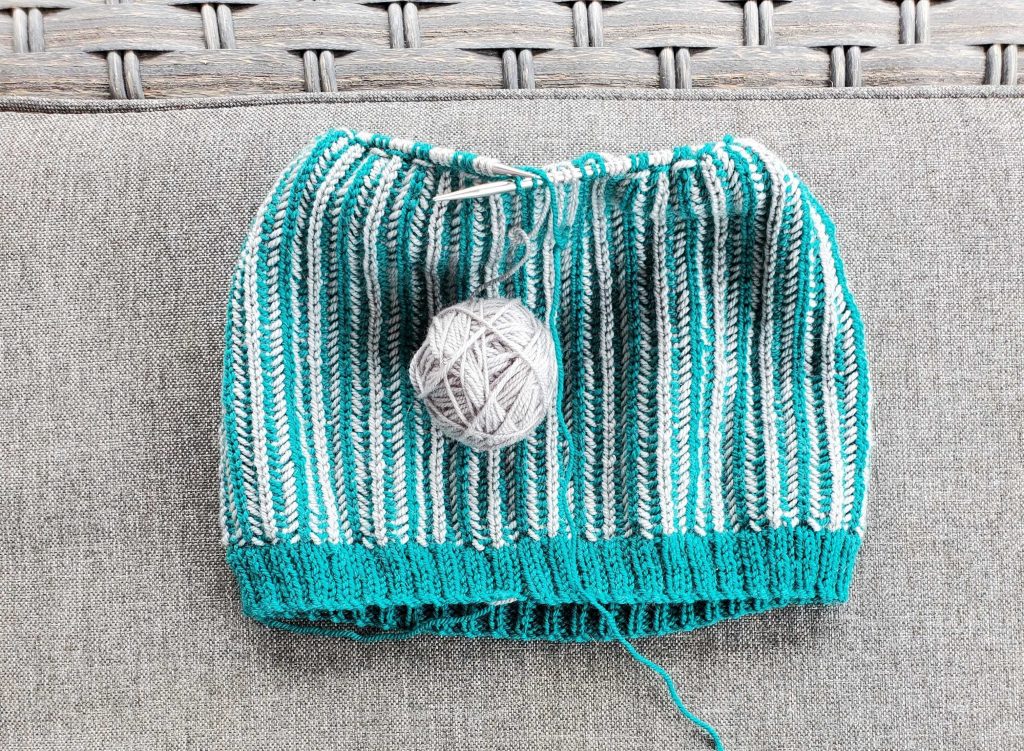 One sunny afternoon I plopped myself down in my favorite knitting spot with a lapful of yarn. It wasn’t just any ordinary knitting day; I had a mission. I wanted to unvent* something new. I had a few theories jangling around in my head, but I had no idea when I sat down that day that I was only a few hours away from an incredible (and remarkably simple) discovery.

My mission was this:

Was I asking too much from an afternoon of casual experimentation? Perhaps. But I’d unknowingly won the favor of the Creative Muse that day, and what poured out onto my needles was nothing short of a revelation.

It looks like basket weaving! I said to myself. Look at this!! (No one was there to look, but I couldn’t help saying it out loud.) I CAN’T BELIEVE THIS IS WORKING! I practically shouted to myself.

I finished one swatch and then two. I took pictures and started texting them to knitting friends.

“Have you ever seen this before?” I asked, geniunely curious if this idea was already out there and I’d just never seen it. *Elizabeth Zimmerman used to say that everything new is merely “unvented” as it’s all surely been done before by someone, somewhere.

My friends’ responses urged me forward. “What IS that? How did you make that? WHAT’S HAPPENING ON YOUR NEEDLES?!?”

What’s happening on my needles, indeed!

The first variation of the stitch reminded me of a fishing creel – the way the texture weaves and the column of stitches pulls through the center where it catches the float. Creel Stitch seemed the perfect name – not for a single stitch, but for a new way of knitting texture and color, floats first.

24 hours later I had finished my first project (the Creel Stitch Cowl). A week later, I’d created a multitude of variations, and began developing tutorials to share this new idea with other knitters. Engaging, intuitive and full of potential, Creel Stitch gave me everything I’d asked for … and more.

HOT TIP: Oodles of Creel Stitch patterns are on the way – they’re flying off the needles as fast as I can knit. Keep your eye out for lots of delicious Creel Stitch inspiration in coming weeks and months.

Pssst…. Want yarn to make your own?

Check out color-coordinated kits from our friends at Ewe Ewe Yarns! 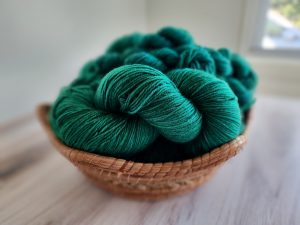